Chile: In Memory of Renzo Novatore – Iconoclast, Anti-Dogmatic, Individualist, Nihilist & above all, Anarchist 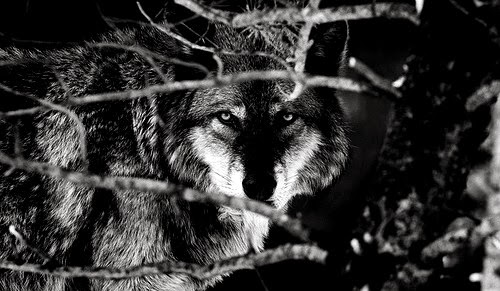 “The world is a pestilent, filthy, slimy church where everyone has an idol to worship as a fetish and an altar on which to sacrifice themselves” – In the Realm of Phantoms, R. Novatore

The comrade Renzo Novatore, pseudonym of Abele Rizieri Ferrari, was born on May 12th, 1890 in Arcola, an Italian town located in the province of La Spezia. Representative of ‘iconoclastic anarchism’, he fought with ideas and weapons against power until he was shot down by the carabinieri in an ambush that took place on November 29th, 1922.

When reading and analyzing the ideas and actions of Renzo Novatore in the present we can interpret them from several perspectives, but viewed through an anarcho-nihilist lens we can recognize his great contribution in giving strength to the entire framework of iconoclastic discourse and praxis – individualism – nihilism – anarchism.

Among them is the critique of society (wherever that is) as the point of origin for vices of humanity. Additionally, the interpretations by the comrade in his writings about life itself as something to be loved as a whole with all its contradictions, not as a mere exercise of egocentrism or contempt towards the other, but rather as the construction of the Ego, which can be more simply explained as the idea that we know of today as ‘being yourself’, the love for nature, the pleasure of destruction, the rejection of all moral values, and pleasure, yes, the purest pleasure that gives us the desire to launch ourselves into the nothingness.

Because there is a direct relationship between dependence and individuality, the more dependent, the less individual and vice versa. So that the last bastion of freedom is in each one of us, above and beyond any majority or agreement.

“But under the false splendor of democratic civilization, higher spiritual values have fallen, shattered. Willful strength, barbarous individuality, free art, heroism, genius, poetry have been scorned, mocked, slandered. And not in the name of ‘I’, but of the ‘collective’. Not in the name of ‘the unique one’, but of society” – Toward the Creative Nothing, R. Novatore

These, without doubt, are a set of ideas that we can recognize as great contributions and influences on the path by which some – always few – travel.

Novatore wasn’t just the author of various theoretical and agitative writings, but also the author of numerous actions and expropriations in his unstoppable fight against all forms of authority. So recognizing Novatore as part of the history of combative struggle against power, is to recognize ourselves as part of this story. And to see ourselves as participants in the war against all authority and domination via the destruction of all moral values and the understanding of the individual as the fundamental part of the development of our lives and the beginning of all our negations and contradictions.

Because nothing and everything is no longer a nice play on words to make slogans and fill leaflets, because the slogans and the leaflets need to be accompanied by actions to be coherent, let’s put our ideas into practice.

Empty and passive nihilism is useless, let’s destroy this tendency with anarchic nihilistic praxis like a collision of stars on a dark night that chaotically fuels the conspiracy.

Today there are many who have been inspired by Bruno Filippi and Renzo Novatore and dedicate themselves to the evolution of antisocial tendencies, from Chile to Greece and in all corners of the world the war continues…

Until everything in existence is destroyed…by the triumph of the self and the defeat of power!