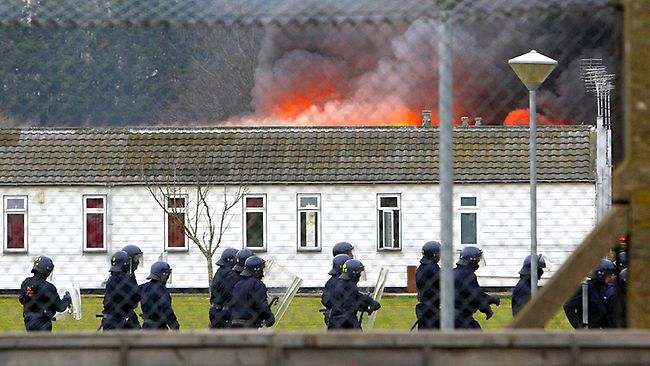 The screws struggled to control the chaos at Erlestoke Prison in Wiltshire after a rooftop protest. Toilets were ripped out, rooms were smashed and riot cell doors were kicked in. And the prisoners ruled the roost until the early hours of Sunday. Cops were called to take the rebellious prisoners away from the jail later that day.

A pilot ban on smoking came into force on May 23 and prisoners relatives claim the new rule is to blame.

One wife of a prisoner said “It is the smoking ban which is to blame. Some of the prisoners would rather move to a different prison, even if it is a high category jail so they can still smoke. He doesn’t smoke but the ban is driving some of the others crazy.”

Erlestoke is one of four prisons in Britain that is trialing the smoking ban. But the prisoners were on lock-down because of screw shortages.

The latest rebellion comes after another a month ago at Humber prison in Everthorpe, East Yorkshire. Screws bricked it and were forced to abandon their posts after prisoners got their revenge on three screws. Armed cops, the fire brigade and ambulances arrived to control the scenes.

An anonymous prisoner revealed to the local media: “Three officers got attacked and prisoners took over two wings of the prison. The screws left it to them for their own safety for two hours they were in charge of two wings.” One person was even take hostage during the occupation of the wings. The prisoner added: “It is on the brink of riot, everything is being kept under wraps. But there are people attacking each other.”

What is clear is that the prison system will have a fight on their hands if they introduce a smoking ban to an overcrowded prison population bolstered by the 2011 riots and an increase in sentences to prison as uncontrollable elements, the have nots are demonised on this prison island. Incidents of attacks on screws, roof top protests, wing occupations and violent riots have increased last year, along with a takeover of and creation of new prisons by private companies such as G4S and Serco. With super prisons such as that being constructed in Wrexham that will warehouse even more prisoners than before, it is only moment of time before the rebellions increase and serious riots of the past return. 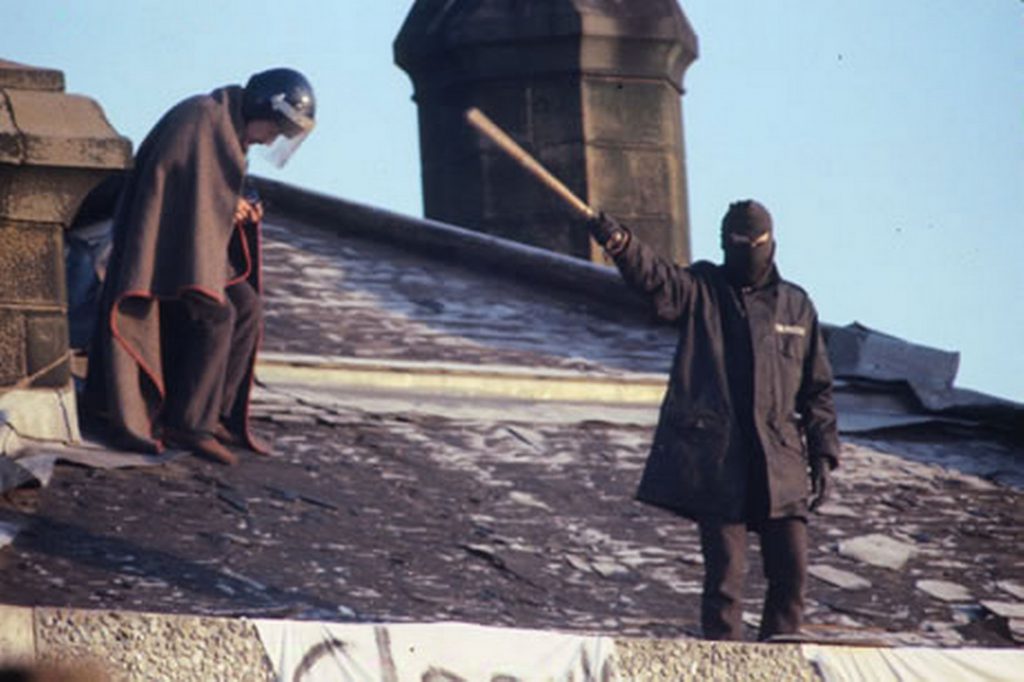