Beyond the “Movement” – Anarchy! 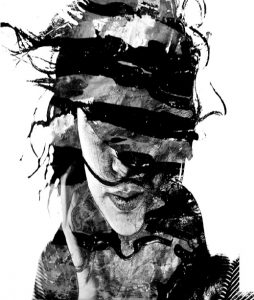 “The world is one pestilent church covetous and slimy where all have an idol to fetishistically adore and an altar on which to sacrifice themselves.” – Renzo Novatore

A movement of anarchists would, you’d think, be a collective project of individual realisation and freedom, mutual aid and solidarity, honest communication and individual responsibility, of a violent attack against the institutions, managers and structures of domination and alienation, against mental programming and unconscious behaviours, against the reproduction of authoritarian society in our interrelationships and thoughts and actions.

What does the muddle of casual hierarchies, ideological rackets, miserable cliques, identity ghettos, would-be leaders, dishonesty and backstabbing that we see before us if we look at much of the selfidentifying ‘anarchist movement’ have to do with that? Very little except perhaps in words or in a stunted form. Clearly the movement in general is more interested in protecting ideological fortresses, recruiting followers, preserving the suffocating comfort of their scenes, and above all, following their harmless hobby, than in anarchy.

Navigating and trying to find a reference point in the ‘movement’ can be disorientating. Young, or new, comrades entering the ‘movement’ (or rather, the scene) are frequently snatched by one of the brands of package-deal politics or forced to pick between the false choices of proffered products served up by the various ideological rackets. Whenever a system of ideas is structured with a sovereign abstraction at the centre – assigning a role or duties to you for its sake – this system is an ideology. An ideology is a system of repressive consciousness in which you are no longer a willful singular individual, but a component, a cog.

In this commodity-based world, the image of rebellion can be just another product, just as we can commodify, abstract, and systematise our own expressions of our thoughts and desires into its alienated form, its commodity, an interchangeable form – ideology. Even, in fact most subtly and dangerously, when we are not conscious of what we are doing. In the various ideological organisations, in the scenes and in much of the media of anarchists, a narrow consensus view of reality is enforced around specific parameters.

Free communication that goes beyond the boundaries of interior discourse is shut down by verbal attacks and mocking, physical exclusion, warnings of state repression or non-acceptance by society, and simple, dogmatic refusal of heretical thoughts. Like any lifestyle or identity in the democratic marketplace of society, anarchism has its package deals – complete with attitudes, opinions, styles, activities and products, all under handy labels.

I should mention at this point that, as someone who feels affinities with others of an antisystemic and insurrectional tendency around the world, I am aware that ‘Insurrectionary Anarchism’ or whatever can be turned into an ideology to be bought into, and even easier, a fad or style. Certainly recently this seems to have truth in some quarters. But perhaps this is due to the recuperative influence of the Tiqqun intellectuals and their Coming Insurrection, a book that like The Call, seems to have influenced many young radicals, but which appears to be written by Marxists and nowhere validates individual self-responsibility, free will, desire and consciousness. Their insurrection may be coming, mine has come, it is an individual revolt.

The collectivist message of The Coming Insurrection has little in common with insurrectional anarchy: the revolutionary theory flowing from the individual’s passionate uprising to appropriate the fullness of life for themselves, attacking all that controls and exploits, finding commonalities and affinities with others from which spring the real commune – the friends and accomplices of the guerrilla war against the totality of authoritarian society.

With no sovereign systems of morality, theory, principles or social abstractions standing above the singular individual, the nihilistanarchist attacks all systems, including identity and ideology systems, as obstacles to our self-realisation. The struggle is against not only the domination of controlling social organisation and widespread tranquilisation, but also against inherited repressive programming and the force of daily life, and so our struggle is a constant tension where what we must destroy and transcend is much more obvious than where we might end up.

For some, faced by this oppressive reality, it is enough to come up with an alternative, ‘just’ and ‘reasonable’ social system (or ‘utopia’) in their head. Some again just hold this as a pleasant fantasy land, while others wish society to actually change and either come up with or (more commonly) buy into an A to B recipe (or ‘programme’) for social transformation, for the reprogramming of the social system. This is simply a form of repressive (systemic) consciousness.

Frequently the envisioning and laying out of these alternative social systems (including those of many anarchists) is down to those cut out as the managerial strata of this class society, the avant-guard of which is responsible for the constant social restructuring of the modern world. Workplace democracy, decentralised production, ‘green’ technologies, multi-culturalism, and so on – all are experimented with by the dominant order, strengthening it.

Theorisation of abstract social systems – and all social systems are based on abstractions – only strengthens domination. But if you start from your own life and refuse to be a component of anything, refuse to represent others or have others represent you, embracing your inscrutable uniqueness, knowing that all you face in life are choices, then you are a danger to authority and order, a walking microcosm of anarchy.

This then is a call out to avoid the casual hierarchies and cliques of the official anarchist movement, to avoid ideological systems and political identities, to savour the pleasure of thinking for yourself, of following your desires, the dignity of honestly following through to whatever unknowns of truth, negation and passion, setting no abstraction above yourself. In the war to the end, only choices matter, and only you are responsible for the choices you make.

Examine your feelings and thoughts, eliminate all moral and ideological systems from yourself, be aware that “common sense” (or rather social consensus rationalism) is the strongest support of the existent, don’t be afraid of where your inner (and outer) struggle takes you.

Smash all the idols, even and most particularly the ‘revolutionary’ idols!!

Originally published in the zine produced by comrades from Dark Matter Publications & 325 ‘Anarchy – Civil or Subversive?’ : A Collection of Texts against Civil Anarchism

This entry was posted in Text and tagged '‘Anarchy – Civil or Subversive?’ : A Collection of Texts against Civil Anarchism, 325, civil anarchism, Dark Matter Publications. Bookmark the permalink.