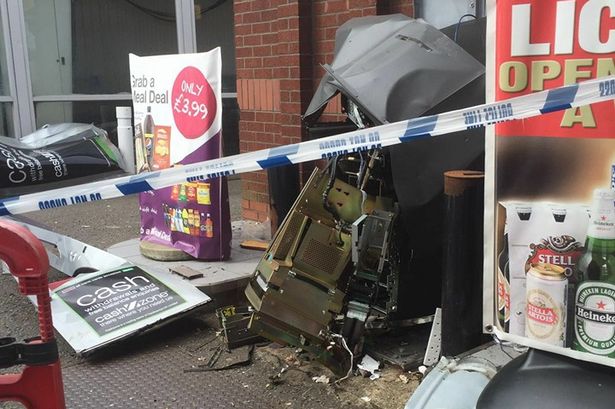 This was the scene of destruction after an explosion ripped open a cash machine at a Hounslow petrol station. The loud blast woke residents living near the Esso garage in Hounslow Road, Hanworth , in the early hours of Wednesday (August 10) morning.

A resident said he was told thieves had used propane gas to blow loose the door of the machine, weighing 50kg, which was sent crashing into a nearby pump. “It’s lucky the station was closed when it happened. The whole place could have gone up if you had flowing petrol.” He also said there were rumours that around £20,000 was taken from the ATM & that there was a similar incident at a Shell petrol station in Twickenham about three months ago.

Gas explosions are often used by thieves targeting ATMs. There was a string of such thefts in West London during late 2014 and early 2015.