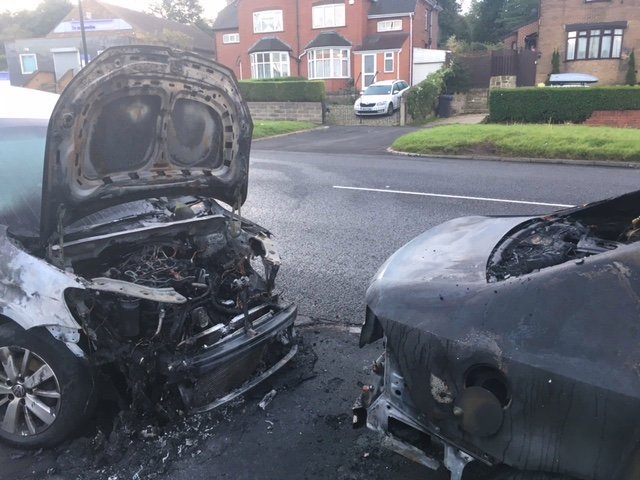 Uncontrollable youth caused thousands of pounds worth of damage after torching 11 cars in a spree of destruction. Several of the vehicles that were torched during the three-hour rampage were completely destroyed. The vehicles “were set alight by means of an accelerant being sprayed to the rear of the vehicles”.

The local authorities are trying to reassure the gullible public that they will apprehend the ‘pyromaniacs’ on the loose.