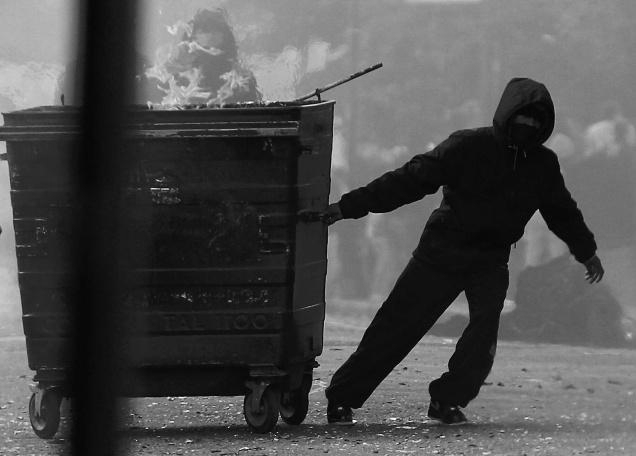 Riot cops and helicopters were deployed last night after reports of a disturbance in the centre of Newport. Eyewitness reports said there were helicopters, riot cops and fire engines deployed to put down the disturbance that happened in Commercial Street. A total of six people from Newport have been arrested.  Fires were set, running battles with cops armed with riot shields and dogs, helicopters overhead and lots of shouting and confrontation on the street. One eyewitness said the disturbances started at around 8pm on Thursday, and continued through the night.

“The helicopter was overhead and police had to at first reverse away as they were throwing bricks and fireworks at them. Police and fire crews attended the location and a dispersal order was issued to deal with anti-social behaviour.”