Wigan: Cash machine blown up by raiders – for second time in months 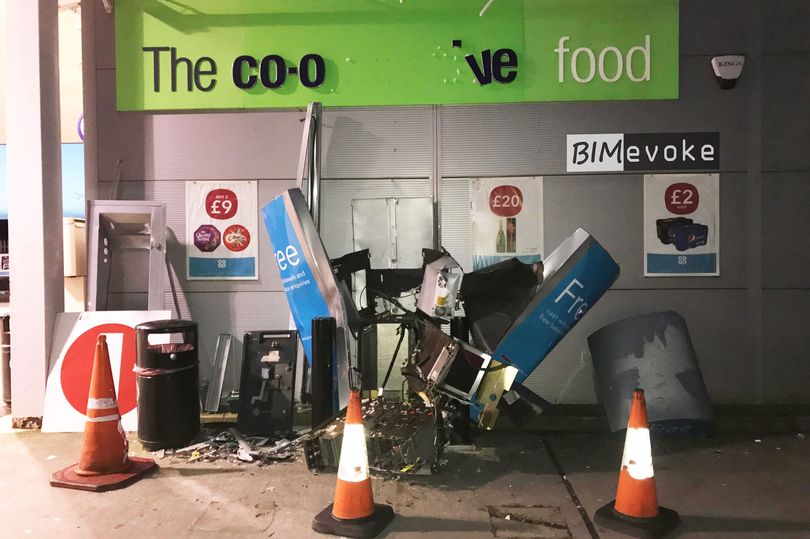 Raiders have blasted a cash machine at a service station in Wigan.  Reports of a loud bang at the ATM outside the Co-operative Food shop, on Manchester Road, Astley, were heard in the early morning.

It is the second time the ATM has been targeted this year, with a gang using an explosive to blow up the same ATM on August 19. The last time time three raiders were seen approaching the cash machine. They attempted to force it open with their hands, but when that did not work used an explosive. The machine went up in flames and the men took the cash from inside.