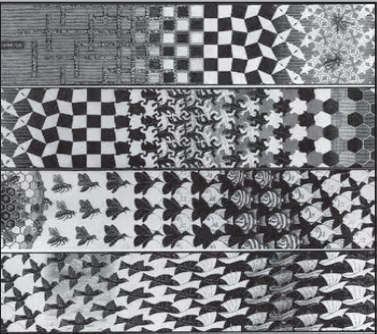 “All revolutions have failed? Perhaps. But rebellion for good cause is self-justifying – a good in itself. Rebellion transforms slaves into human beings, if only for an hour.” Edward Abbey

You can be the most pleasant, easy-going, kind-hearted person, but it really doesn’t matter to the “normal’ members of Society: “the followers”, those who are scared and hostile towards anybody they see as different from what they perceive to be acceptable or decent. Wearing differently cut clothes or having a weird haircut is enough to risk the ire of the “good people” it seems, without even mentioning possessing different manners or perspectives counter to the mainstream. If you have ideas that challenge the status quo, and you’re determined to commit them to experience, be ready for their anger and grudges. With narrow minds and low horizons, the submissive crowd is the eyes, ears and mouths of repression; Grovelling conformists, who, -when they are not looking out for “terrorists” and “criminals” – are busy sniffing and snitching out any of those who don’t go through life like one of a herd of sheep.

Sheep who scrabble for money, lie, cheat and back-stab to get what they want, dominate other people when they can, and beg for protection and mercy from the authorities. “Neighbours”, “communities”, and “citizens”; mostly just more words for those who fill the streets with their xenophobia, nationalism and hypocrisy. Those who respect social mediocrity and fawn to power deserve my contempt. Their world must go.

What is normal? I ask because obviously, from the reaction of those strangers I live amongst, I am not remotely ‘normal’. Holding down some shit job, marrying and breeding, running to own your own house, consumerism, drinking beer and watching TV after a day at work: this is the good life, this is the normality that those who love Society check everyone else against. These citizens hate anybody who dares to shine brighter than that and will do everything in their power to destroy the light-bringers. Because it is the Unique ones whose light makes the ignorant aware that their own grovelling conformity is nothing but a shadow of life.

The overwhelming feature of Society is submission to the systematic violence of the rich, and the suppression of any individual or group of individuals who challenge their order. It’s always been like this and it always will remain so. The struggle of the individual against Society and the State is an eternal fight against the loss of historical memory and human dignity. It’s the struggle of the Unique against the existent.

I never forget that subversion is not just explosion and wildfire: it’s the steady constant perversion of the dominant values and morals of those in control of my life. Like the crowds of people who deny my autonomy, my space and my liberty. Most people are little more than robots that willingly gave up their control over their life without a struggle. l will attack their Society and the State with my speech, written words and deeds.

My ideas will never perish, as they do not belong to me. They return in every generation, in the few Unique ones who I share my nature with, like the stars in the night sky which call forth life across the infinite wastes. For me, anarchy is the black void of nihilist chaos which appears as the source of all creation and destruction. It’s not merely a method of economic and social reformism as preached by the civil anarchists like good Christians with the rest of the socialists.

This fragment is another contribution towards critical writings against ‘civil anarchism’ as sketched out previously by Venona Q. and the comrades of Dark Matter Publications.

Further links about ‘civil anarchism’ from 325: