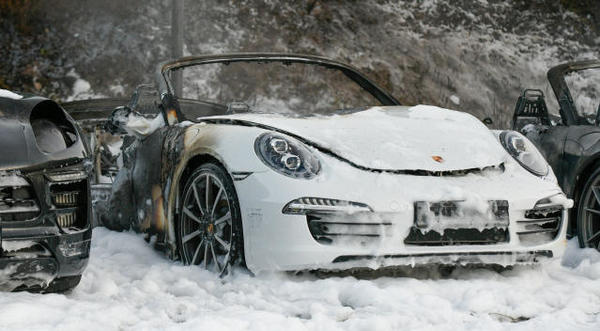 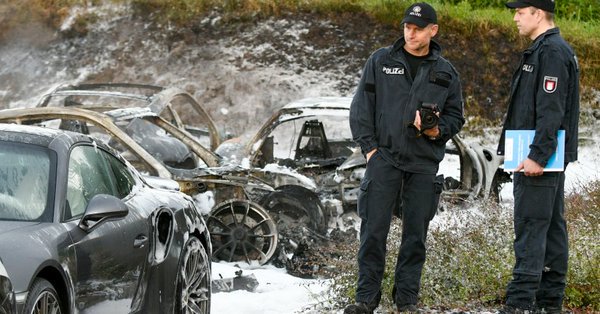 (H)eat The Rich! Attack G20! Against The City Of The Rich

Perhaps in a ‘mixture of serenity and determination’, we set fire to a large number of originally-packaged luxury cars this morning outside the Porsche Center in Hamburg Eidelstedt.

Before they put them in the streets, we decided to attack them preemptively in their freshly delivered new condition. Against the backdrop of massive homelessness (not just among the protesters at the summit!), in a city with the biggest and thickest money bags, the wealth displayed on the streets disgusts us. Within this context we would like to mention the currently under construction prestige project, the new Porsche Protz center being built in Hamburg.

We have also found ourselves together to defy the power fantasies of the Ministry of the Interior to suffocate any autonomy within a large city held in a state of emergency by a huge police presence. No, Andy fails. Militant resistance is possible, no matter how large the contingent of water cannons may be. Your need to violently control protests to present a delusion of a superlative police performance will only break your own necks.

With this small luxury fire we want to warm the hearts of all our friends from Europe who have made their way to Hamburg despite the media-mediated deterrence. It’s nice that you are here!

Kind regards to the anarchist prisoners!

(via Linksunten Indymedia, translated by & from Insurrection News)