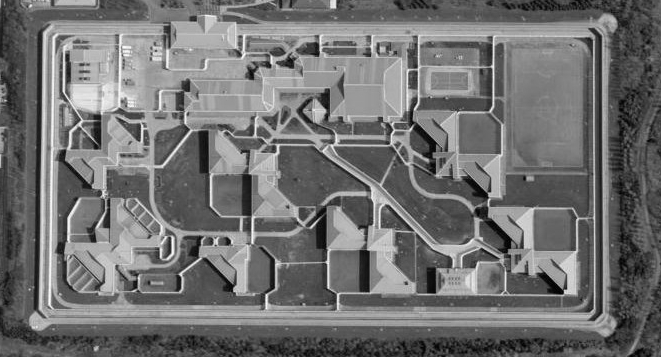 HMP Woodhill where one of the CSC’s already exist

Three British prisons will soon feature special separation centers in an so called effort to stem ‘Islamic radicalization’ in confinement. The British state is claiming it is creating such units solely for ‘Islamic terrorists’ but from experience of such repressive moves in the past. they have become generalized to target all those they deem as ‘radicals’, ‘extremists’ and ‘terrorists’ in other words anyone of an anarchist persuasion or threat to society and the prison system in general (such as prisoners who rebelled in the Spanish prison system in the late 80’s and early 90’s who were put in the torturous isolation units of the FIES)

Over 4,500 frontline screws have also been trained in the latest counterterrorism repressive measures and placed in HMP Frankland, County Durham, and two other prisons yet to be confirmed. It is believed that the two other centers will open in HMP Full Sutton, York, and at HMP Long Lartin in Worcestershire.

“Extremism must be defeated wherever it is found,” Prisons Minister Sam Gyimah made in a statement. “The most dangerous and subversive offenders are now being separated from those they seek to influence and convert – an absolutely crucial element of our wider strategy to tackle extremism in prisons and ensure the safety of the wider public.”

The initiative to separate prisoners from mainstream prison populations is not new. Kevin Thakrar a long term prisoner has written extensively of his experiences inside the Close Supervision Centre (CSC) system that has already existed, that were covered up before but now seem to be made more public. The repressive regime has been given a new lease on life of fears that ‘terrorists’ are being bred by other ‘terrorists’ inside the prison system.

Expect to see those who create rebellion inside the prison system and even anarchists who are imprisoned to be placed in such separation centers in the future.

Fire to the CSC’s and all that makes prison island possible!

FOTH: Just to note we do not support the authoritarian bullshit of Islamic State or any group that is similar to them, seeing them and religion as part and parcel of the same authority as any we face, that dupes the masses into not acting for themselves.