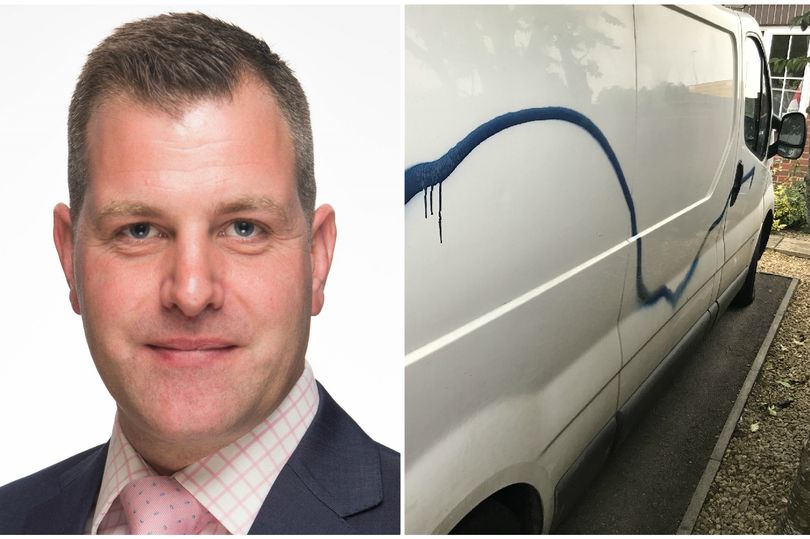 A racist nationalist UKIP member who is vying to become the next party fuhrer has had his vehicles attacked. Ben Walker has had his capitalist business van and partners car spray painted and tires slashed by vandals on their own driveway.

The attack occurred at the weekend, three weeks after the former councilor announced his intent to be fuhrer of the immigrant hating UKIP. Walker claims himself that he even knows that the attack occurred because of his decision (not because you are a member of the racist UKIP in the first place, no?) He continues to gloat that even a ‘nuclear warhead’ would not stop him.

This racist scum politician deserves everything coming to him!