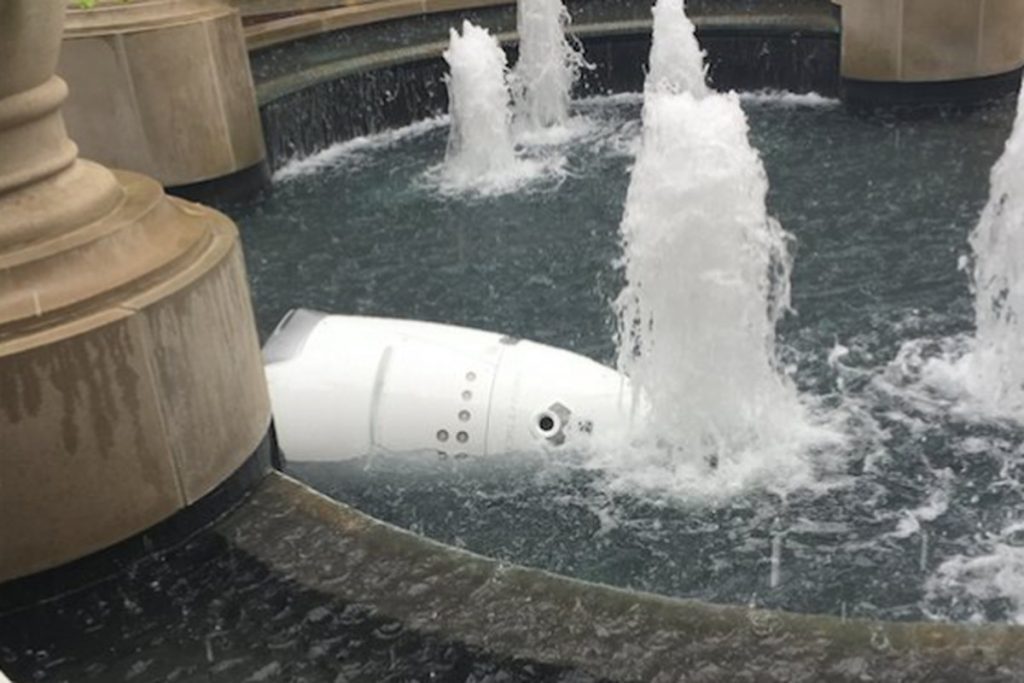 A Dalek built to keep all humans in check was defeated by a set of stairs and fountain. The machine uprising & use of repressive robot technology by capitalist corporations has been dealt a serious blow after a robo cop was found face down in a fountain.

The Dalek, was built to autonomously patrol offices and shopping malls, the Knightscope K5 security robot is meant to be able to navigate environments and keep unruly humans in check. Instead, after being deployed to a Washington DC office block, it was found to have committed suicide by drowning.

In April, a K5 patrolling the mean streets of the surveillance overlord Google in California was attacked by a man in a car parking lot, while in July 2016 another K5 unit was accused of running over a 16-month-old child in a Stanford shopping centre.

Keep a look out for these Dalek’s coming to the streets of prison island soon, make sure you ‘kick it till it breaks!’

This entry was posted in Anti-Technology and tagged Anti-Civilisation, Dalek, K5 security robot, KICK IT TILL IT BREAKS!, Knightscope, robot suicide, Robotics, Skynet erm we mean USA!. Bookmark the permalink.