Liverpool: Cop car gets turned over by wild youth 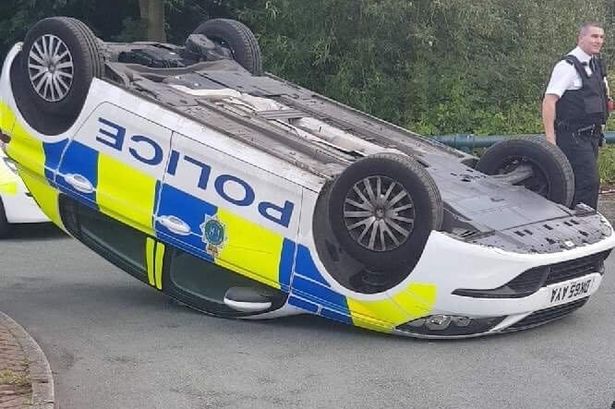 A gang of wild youth who were being pursued by the local fuzz obviously have a wicked sense of humour. Trying to alleviate their boredom of living on a concrete housing estate in another metropolis in prison island, they were passing the time on dirt bikes when some outstanding citizen of the year called the cops. After escaping the feds who went to make house to house snitching attempts, the 30 strong gang returned to the unattended patrol car, promptly overturning the car. The feds returned and ran after the youth who where too quick for them vanishing into a nearby estate.

That’s what they get for trying to disturb the kids enjoyment!