‘Only in Cambridge’: Luxury housing development covered with Latin graffiti 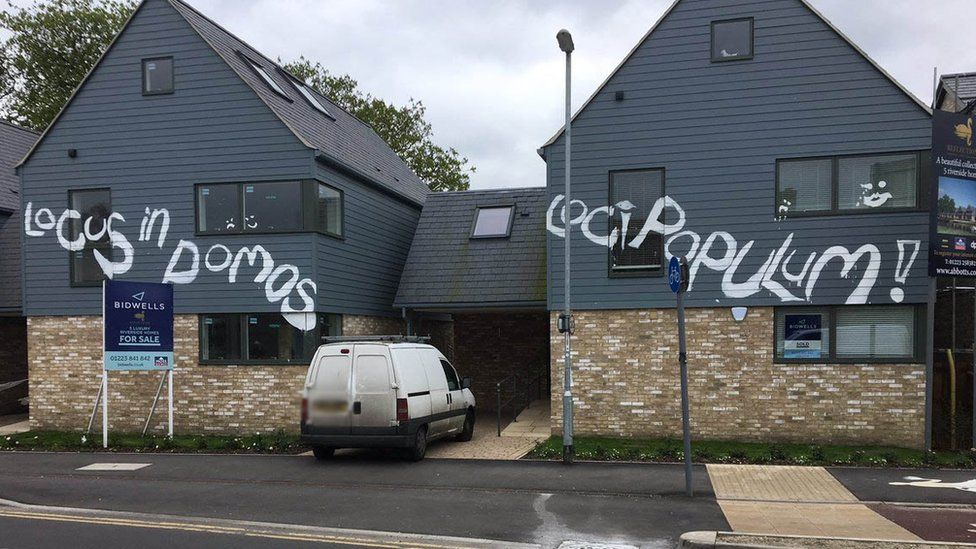 A development of posh luxury homes in Cambridge has been daubed with graffiti – written in Latin, typical of the university city. Vandals spray-painted the new five-bedroom river-front houses with the words ‘Locus in Domos Loci Populum.’ Locals have said the messages, which appear to be a protest against the development, could “only happen” in the university city. The monstrosities, in Water Street, Chesterton, priced from £1.25m are on the site of an old pub. Other locals have said “This is the most Cambridge thing ever” and “it’s a different class of graffiti in Cambridge”. The graffiti is thought to be a protest against the development and the high cost of housing in the city.