On Monday afternoon the neighbourhood of Deptford, South East London, chased away a Home Office “Immigration Enforcement” raid team. The Home Office bullyboys had reportedly been spotted several times in the previous week doing so-called “intelligence gathering”. I.e., trying to harass shopkeepers into giving them permission to carry out “operations” in their premises so they don’t have to go to the hassle of getting a court warrant. On Monday they came back in greater force, but people gathered and sent them away empty handed. They drove off in several unmarked cars but abandoned their marked “racist van” in a back street, which was then refurbished with the windows smashed and messages written in spray paint (see pictures).

Deptford market is a regular target for Home Office raids, often working in conjunction with police, the local council and other agencies. The most recent major raid was in April. As with other London street markets (such as East Street), there are clear links between these attacks targeting migrants and wider attacks on the neighbourhood, as property developers and state authorities combine to “socially cleanse” the area, and clearing out those they consider undesirable. But resistance is growing. In Deptford, there is now a regular “Deptford Anti Raids” information stall every Saturday in the market, and Monday shows that people are ready to fight back. 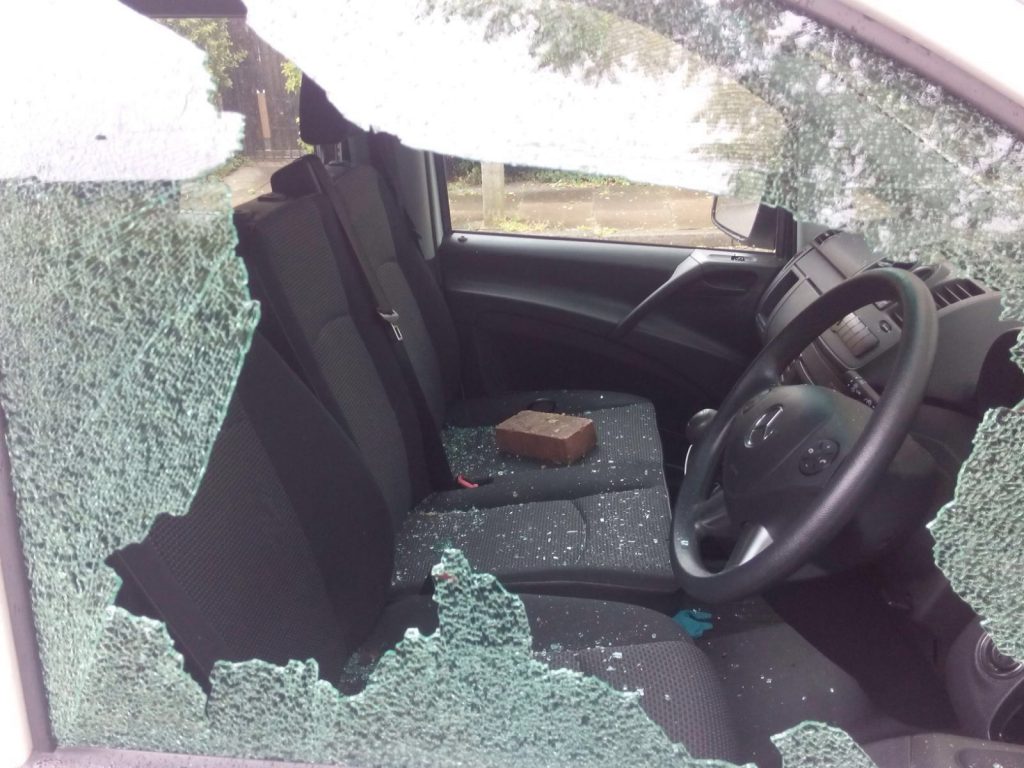 This entry was posted in No Borders and tagged 'racist van', Deptford, direct action, immigration raid, London, no borders, sabotage. Bookmark the permalink.