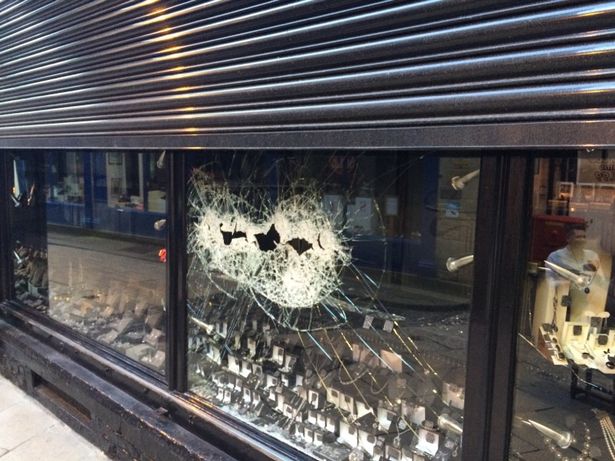 A gang has raided one of Huddersfield’s oldest and most well-known decadent jewellers.

The four raiders fled with valuable items worth up tens of thousands of pounds from the bourgeois Walkers Jewellers in Market Walk in Huddersfield town centre. The shop was Fillans for many years and carried on the tradition of selling high value jewellery. The gang fled on motorbikes after smashing a window and grabbing their haul.

One man began to strike at the shop window with a sledgehammer while the second passenger collected the items into an open rucksack. The raid was witnessed by the fat cat shop owner, David Walker, who was sworn at and told where to go stick it when he intervened.