Outbreaks of rebellion in the prison archipelago 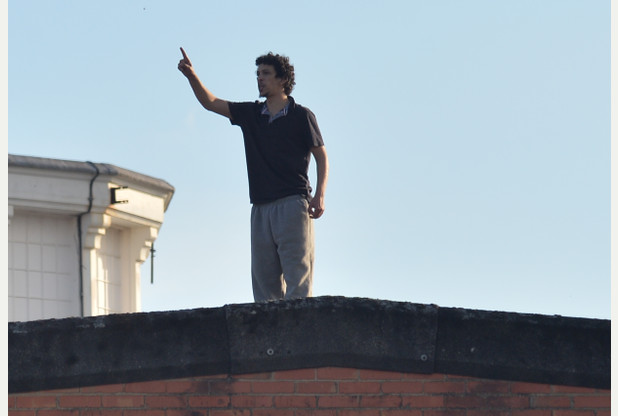 Prisoner at Welford prison spells out his name

An inmate of Welford Road prison in Leicester staged a roof top protest at the Victorian jail today. It is believed he climbed out at around 10am.

He shouted to people in the street as his vigil in the hot sun lasted for at least nine hours. The man said he had been jailed for two years “for nothing”, protested that he was human – and spelled out his name. He said he was an immigrant or asylum seeker.

People outside the jail heard what they thought prison officers about to go out onto the roof shortly after 7pm.

Glenochil prison, Scotland: Rookie screw gets a slashed in face

A rookie screw has suffered a face injury after being slashed by an inmate. The prisoner also injured a second screw in the attack at Glenochil prison last week. The prisoner made an improvised weapon using a disposable razor before ambushing the screws. The screw concerned has received around 50 stitches to his face. Both injured screws were taken to hospital after the attack on Wednesday night.

Last year, five inmates had time added to their sentences after a riot at the prison. The group armed themselves with items including an iron, fridge and microwave and launched them at screws during the fracas, which lasted a full day. They were among around 10 prisoners who built makeshift barriers and smashed up part of Glenochil’s Abercrombie Hall, causing more than £5000 worth of damage.

Two inmates have been prosecuted after a riot at a young offenders’ institution caused £30,000 worth of damage last year in November. The incident involved a six to seven hour disturbance, which was described as “similar to a prison mutiny.”