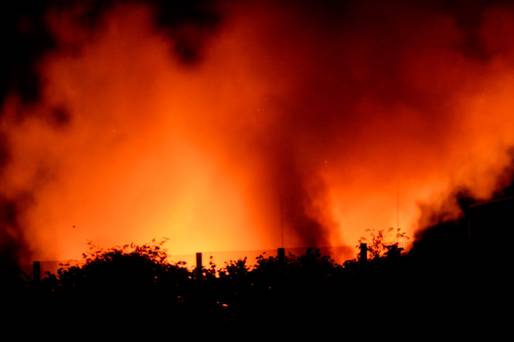 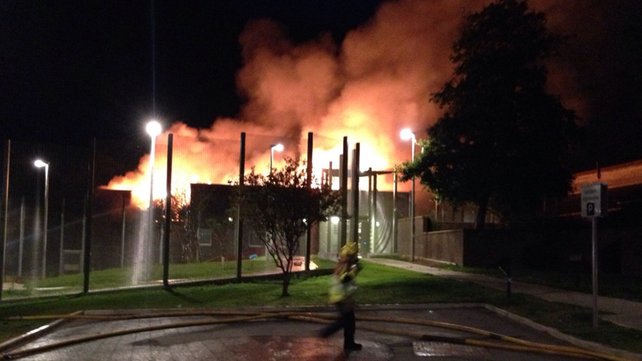 On Monday night (29 August) during a riot a number of prisoners at the infamous Oberstown youth prison made their way to the roof after taking keys from a screw and set a fire on top of it. The blaze began at about 8pm and caused extensive damage to the prison.

A number of young prisoners were seen on the roof of one of the prison buildings taking advantage of a strike by screws that was ongoing outside. The idiot screws staged the eight-hour work stoppage because of being attacked on a regular basis by the youth. Lets just say we have no sympathy for the screws at all especially the screw that was injured and sent to hospital for trying to break the disturbance on the roof.

According to mainstream sources the rioting went on for hours into the night and the ERU (Irish riot cops) were sent in because the youth took control of the prison!

The riot has occurred only 2 weeks after five other youth managed to scale the fences of the youth prison complex with a ladder they stole from a storeroom, having attacked screws and then scaled the 30ft perimeter wall.  The five teenagers, who were armed with bats and golf clubs, were only found and returned to the detention centre after a massive operation that even included armed cops and dogs.