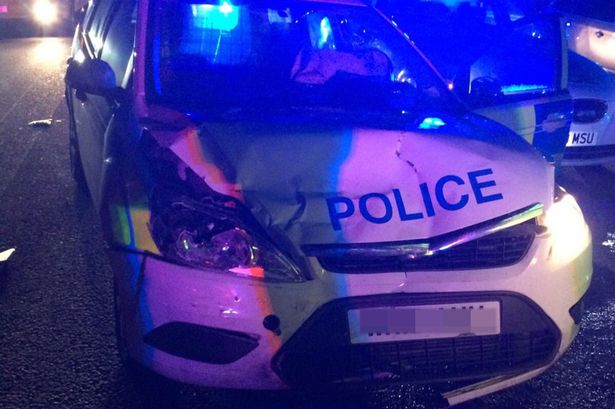 Two people burgled a police station in Cornwall after allegedly taking a patrol car and joyriding it 230 miles up the M4 until it was stopped with a stinger device.

The marked police vehicle was taken from Camelford Police Station in Cornwall after it was broken into on Friday night.

And it was then reportedly driven more than 230 miles to the outskirts of Slough in Berkshire, before being caught and stopped.