Smash & Grabs from around prison island 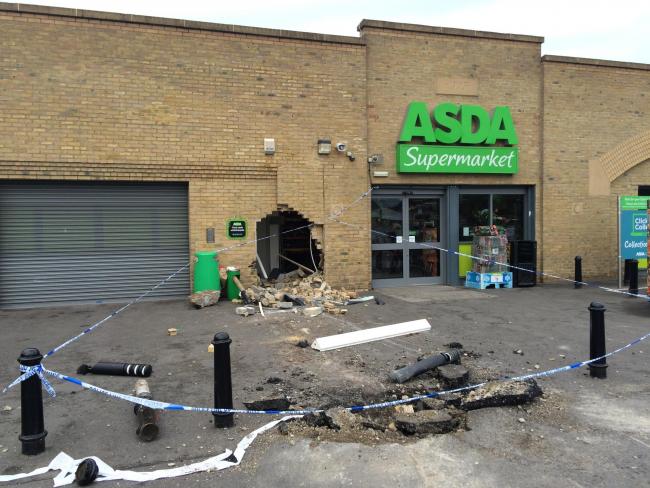 Raiders pulled an ATM from an ASDA supermarket in Norton, North Yorkshire, leaving a gaping hole in the front of the store and debris strewn across the car park. A JCB digger was used to dig the ATM from the wall and the machine was loaded into a waiting get away vehicle. The digger to the store workers and cops surprise was left still with its engine running in the car park. The ATM was found empty of its loot in a nearby village.

In early hours of the morning unknowns used a vehicle to pull an ATM cash machine from the foyer of a bank in High Street, St Neots. Sledgehammers were then used to force open the machine. It is believed cash was taken but it is not yet known how much. It follows a similar raids in St Neots at a Spar cashpoint earlier this month and previous attacks on cash points in Sawtry and Whittlesey.

A gang of three raiders smashed their way into a Vision Express in Westbury-in-Trym by driving up to the front door then using a hammer to break the front door. They liberated the shop of hundreds of designer sunglasses that reach into thousands of pounds.