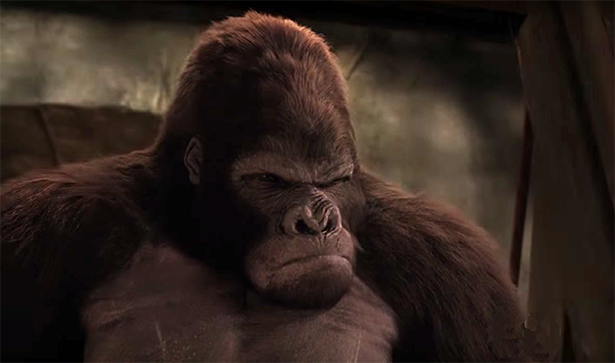 Three teenage gorillas not to be out done by their human counterparts in prisons on the island decided to go on a wrecking spree recently at Paignton ‘Animal Prison’ (e.g. commonly named as a ‘zoo’) Fed up of being unable to roam wild and objects of entertainment to animal hating human beings they attacked the physical apparatus of their imprisonment.

Kiondo, Kivu and N’Dowe ripped up electrical wiring, ducts and teared out water pipes. The screws tried to hit them with transquiliser darts but weren’t able to get the right angle, so the three apes stayed in the corridor overnight in their bid for freedom. Unfortunately none of the screws or visitors to the prison were hurt in the escape attempt, but the bill for the vandalism is thought to reach the thousands.

This entry was posted in Animal Liberation, Prison, Vandalism and tagged 'Vandalism' rampage, Devon, escape attempt, gorillas, Paignton 'Animal Prison', THE PASSION FOR FREEDOM IS STRONGER THAN ANY PRISON, ZOO'S ARE PRISONS TOO!. Bookmark the permalink.