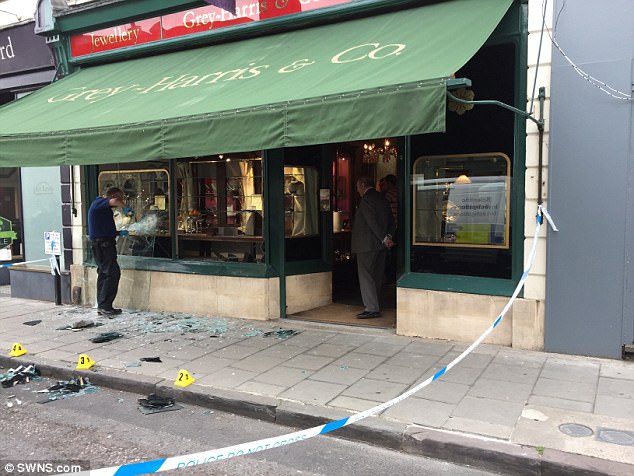 One million pounds worth of jewellery was liberated by axe-wielding robbers during a daytime smash-and-grab in Bristol. Four men on two motorcycles used axes and sledgehammers to smash the windows at Grey-Harris jewellers in Princess Victoria Street, stealing ‘a considerable amount of jewellery’ before speeding off. One stupid citizen tried to stop the raiders but was soon retreating when threatened with an axe. Unfortunately two raiders were later arrested while the other two escaped.