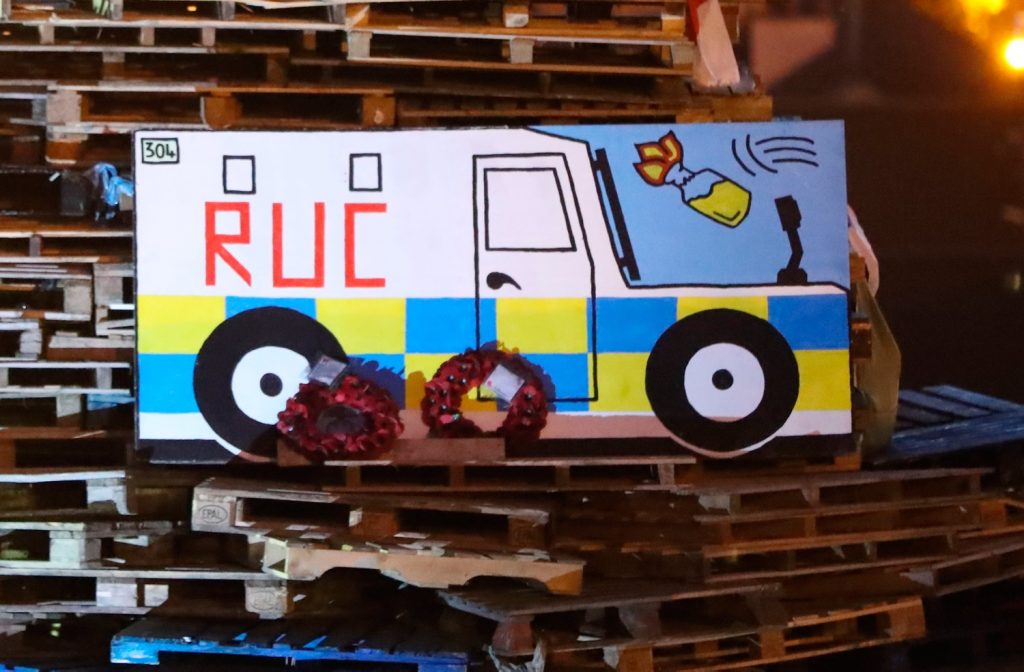 Poppy wreaths and anti-cop display torched on the bonfire

The PNSI (Cops used to put down those who rebel British imperial rule, used to be called RUC, renamed in a shit attempt to make a more human face of a repressive violent murderous assassins. No one is convinced by the re-branding!) got what they deserve after Republican youth who erected an annual bonfire attacked them with stones and molotovs.

The youth claim the cops invaded the Bogside area (infamous area that was the scene of massacre by British paratroopers of civil right marches in 1973 known as ‘Bloody Sunday’, also became an autonomous area controlled by the IRA) in an attempt to dismantle the bonfire at the request of local snitches and politicians, which has led to confrontations and attacks on local snitches who attempt to attack the bonfire as well.

Traditionally, a bonfire is torched on 15 August in Derry to mark a Catholic feast day. In modern times the fire has become a source of contention and associated with antisocial behaviour.  Last year, it was constructed in the middle of a main road, causing significant traffic disruption. This year the site has been moved to a nearby grassy bank off Lecky Road, below the city’s historic walls. But tensions remain high, with a group calling itself Bogside Republican Youth threatening to burn down the landmark Free Derry wall if wood from the bonfire site is removed.

The PNSI and local politicians are spilling out their usual propaganda that the local community does not want the bonfire in an attempt to pacify the area as has been attempted by the cops, British government, local politicians etc in the last decades since the so called peace process. The recent emergence of Republican groups who are against the peace process and also political representation such as the democratic sell outs Sinn Fein, have the local government and British imperialist state worried of a more generalised resurgance of violence against British occupation. This is not surprising as the British occupied part of Ireland has always been the first to be forgotten by the mainland when so called ‘economic crisis’ occur. Areas such as the Bogside in Derry and others in Belfast have always been of the ‘excluded’ and because of their historical resistance to British imperial rule. Despite the nationalist form resistance takes the rebellion against the British state by those ‘excluded’ in Derry and Belfast is the same images of rebellion that those who revolted in August 2011 face. 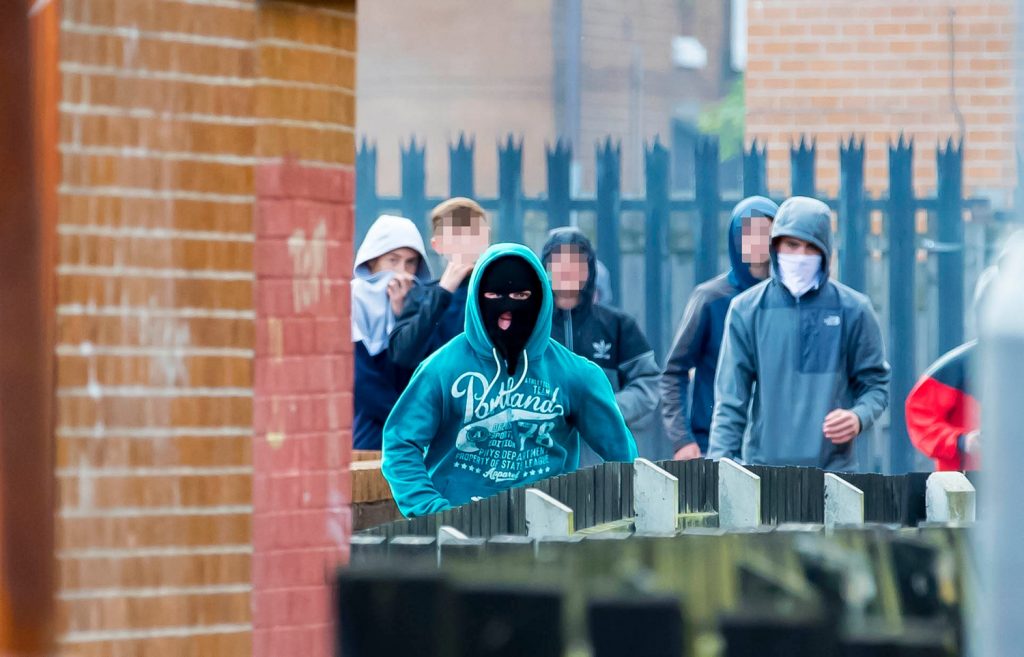 This entry was posted in Riot and tagged Bogside, bonfire, Derry, FUCK THE PNSI-RUC!, Ireland, riot. Bookmark the permalink.