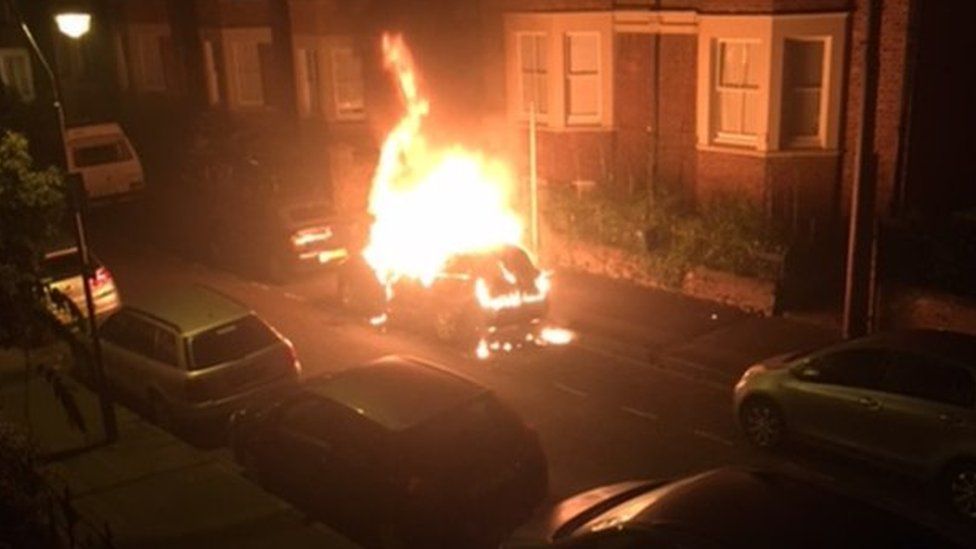 A series of arson attacks on cars sending them into ‘balls of flame’, took place recently in the toft areas of Oxford. Six cars in total were torched on the most expensive streets of the university city, including one street which is considered the richest. Cops are trying to reassure the fearful bourgeois citizens that the spree was not aimed at the rich. Unfortunately someone has been arrested & accused of the arson spree.

This entry was posted in Arson and tagged arson spree, BURN THE RICH!, car arson, ONE LESS CAR!, Oxford. Bookmark the permalink.