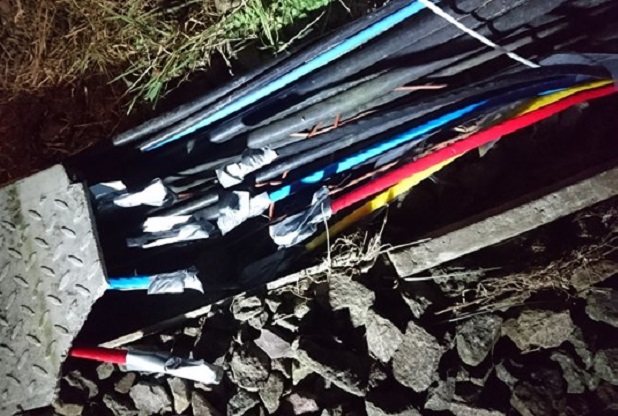 Sabotaged wires caused by the thieves

Disruptive thieves have massive delays and damage to the rail network in Staffordshire over a several week theft rampage. Almost 2.26 miles of copper cable reaching the tens of thousands in worth has been removed over a period of a month along railway tracks in North Staffordshire. The wire which is used for signalling and communications has also caused massive delays to the passenger drones and goods being transported across the local network showing, unintentionally or not by the thieves, how much sabotage can be inflicted on the transport system on prison island despite the common belief that the technological-industrial society is beyond destruction.

Funny how some thieves can reveal the weaknesses, while trying to survive in this capitalist nightmare!