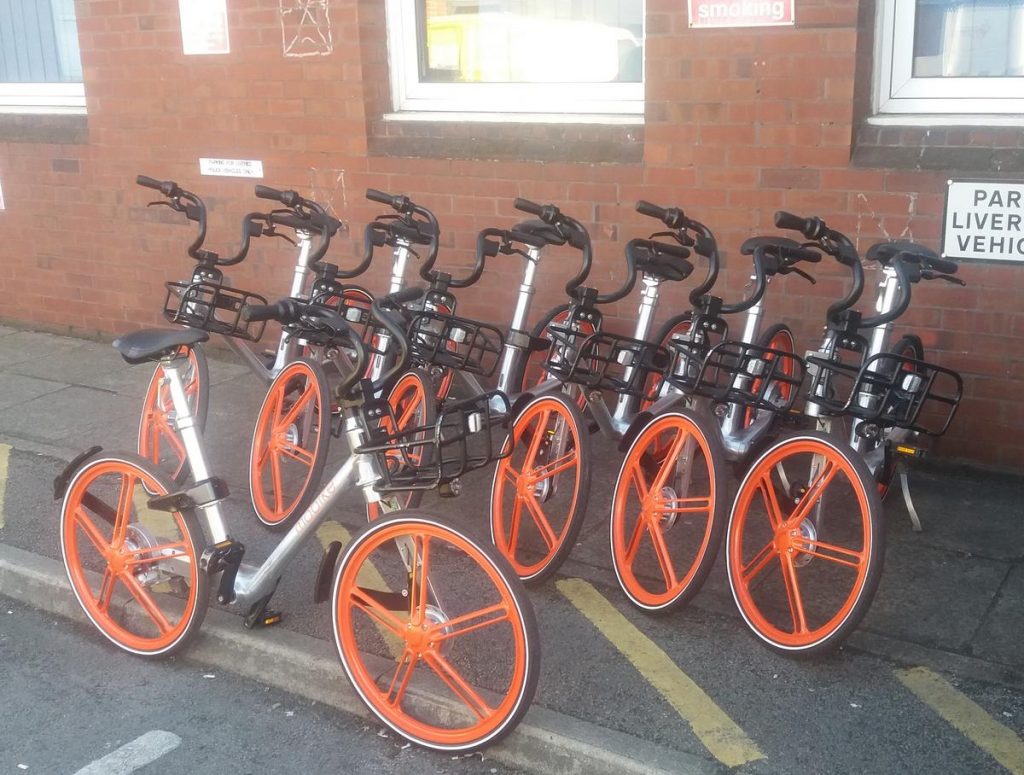 Several Mobikes that had locks removed so that they could be used for free in Moss Side & Hulme area.

Vandals in Manchester have risen to the challenge by showing that a bike scheme that claims to be ‘vandalism proof’ is actually destructible. Since the gentrifying and green capitalist profit generating scheme was introduced two weeks ago wild youth seem to have set upon it with attacks with rocks snitched into the cops and bikes ending up in the canals around the metropolis nightmare. Thoughtful vandalism has even occurred where several bikes were found by Moss Side cops without locks so they could be ridden for free.

The fat cat owner of Mobikes is trying to quieten down the vandalism and thefts of his bikes by claiming “Who would buy it? It’s like buying a bottle of stolen tap water…” (Erm, aren’t you charging for these bikes that the majority of excluded in the city cannot afford?)

Mobikes alongside Yobikes, Belfast bikes (all recently vandalised) are carbon copies of the Boris bikes in London, part of the general gentrification attempts to cleanup urban areas to push the poorer excluded from the inner areas, too expensive for them, sponsored by multinationals such as Coca-Cola (destroyer of wild & shit work conditions, never mind unhealthy drink), Santander bank (a bank nuff said!), even Barclays in the past (bank that profits from weapons contractor funding) and also infrastructure supplied by security scumbag companies such as Serco (profiteering from prisons, detention centres and security provision.) This why they should be targeted for their perpetuation of prison island and because they are trying to change the free joy of riding a bike into a profit generating business, while claiming to make people healthier and protecting the environment when it is absolutely the opposite.

If we can’t all bike then no one bikes!