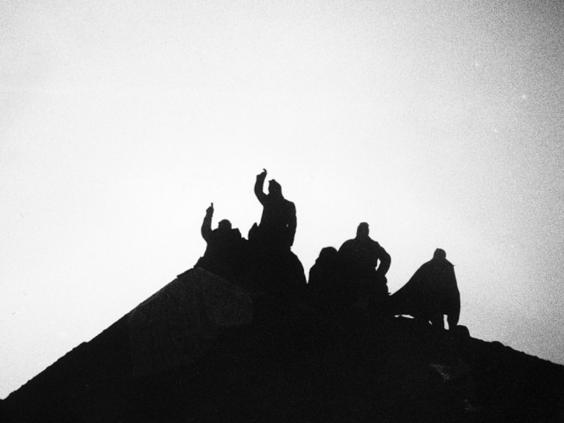 Prisoners on the roof during the Strangeways prison riot 1990

Riots have broken out at Winson Green prison in Birmingham run by the scumbag security global firm G4S, with reports of ‘one wing lost’. Tornado teams (anti-riot units) were sent in to repress the riot which began at around 3.30pm, Prisoners have also been heard chanting ‘we want burn’   – a reference to the cigarette ban, which was brought into prisons on September 1, this has been seen as the main cause of the disorder.

A number of inmates reportedly refused to go back into their cells after association. A woman whose brother is an inmate in HMP Birmingham: ‘I got a weird text message at about 6pm saying it had all kicked off in the green again, and to watch the news because this will be a big one… It sounds like a riot, but it could be a prison break to get cigarettes.’ Two wings of the prison are protesting about conditions, and with one wing has been left ‘severely damaged’. G4S are trying to claim that it was a small disturbance with few prisoners involved but the damage to a whole wing seems to be more like a riot. It is common for prison authorities to dampen down info on outbreaks of disorder to prevent them from being repeated in other prisons.

The prison was hit by massive rebellion in December 2016 – the worst seen since the Strangeways riots in Manchester in 1990, still considered the biggest outbreak of rebellion on prison island, which lasted for 26 days and spread to other prisons. In the Birmingham riots back in December, at least 600 prisoners took control of four wings of the prison. The riot raged for more than 12 hours, with Tornado squads being urgently drafted in from different parts of the country. Prisoners started fires, destroyed documents, smashed up cells and offices and sprayed riot cops with fire hoses. In the repression after the riot, more than 460 inmates were moved away from the prison, which resulted in tensions in other prisons including HMP Hull where another outbreak of rioting ensued.

The state is trying to paint a picture of having the prison system under their control, but again disorder is increasing in frequency especially with the smoking ban only just being implemented. The shadow of Strangeways haunts them still!